That’s probably a conditioning from a working-class family that didn’t see university as an option.  Honestly, when you sat down as a child and you said, “I want to be an astronaut” – that was not something that… that’s great when you’re five but by the time you’re 13, 14, living in a country town, you stop wanting to be an astronaut; you just don’t see that option for you. But in a sense, the country town, that window of opportunity of what it was that you wanted to be was so small given the constraints the familial foundation puts upon you, plus the ignorance and the restraints that you put upon yourself as well. 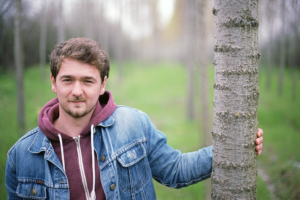 Brett is a final year student who is studying in an off-campus mode at a regional university; Brett did most of his growing up in a small regional centre, he had been a mechanical fitter before deciding to return to education and study business. Brett’s short quote (above) speaks to the foreclosure of educational futures that may occur when attending higher education may not be the norm. He speaks eloquently of a ‘window of opportunity’ , so ‘small’ , that moving into or beyond this opening seems almost impossible. Using the word ‘window’ implies that Brett could see what was out there but regarded this as beyond his reach, destined to be an observer rather than a participant. For Brett, his dreams and ambitions were largely contracted before they had any opportunity to take root and grow, leading to him leaving school and pursuing a ‘very mechanical pathway.’

Brett’s quote speaks to the boundaries that many students, particularly those from equity backgrounds, may encounter in their journey to higher education. Brett’s narrative along with others inspired me to consider how such invisible boundaries and barriers present themselves to students and how, more importantly, students navigate these and ultimately realise their goals. Akkerman and Bakker (2011, p.132) argue that ‘all learning involves boundaries’  and point to the nature of discipline structures and the ways these construct borders across learning. However, such frontiers can be more easily traversed by some compared to others – the higher education sector is not an even playing field as we know and for some, boundaries exist both within and outside the institution.

For those students who have limited exposure to the higher education environment or the rules and practices expected in this space, deeply exploring the management of this boundary crossing can provide insight into how this cohort can be better supported and retained. In my own research (O’Shea, 2017-2019), students described boundaries that were both external and internal to the individual, manifestly limiting their capacity to succeed in this environment.

However, does this mean that we should work towards dismantling such boundaries or do these also offer some possibilities? For students, might the act of reflecting and learning about self, place and practices also provide a conduit to additional and somewhat invisible types of learning? In this sense, perhaps the act of boundary crossing should not imply an act of assimilation but also offer a space to make sense of differences and question status quo (O’Shea, 2016)?

I do not offer definite conclusions but rather an invitation to consider concepts such as boundaries and boundary crossing within a diverse and evolving higher education landscape. In particular the ways in which the sector might consider how the concept of boundary crossing offer a lens to unpack how ‘markers of difference are created, maintained or contested’ (Akkerman & Bakker, 2011, p.135).

In conclusion, I return to Brett who at the end of his degree considers how his own navigation of boundaries has seemingly provided the impetus to consider the world and his place within it in different and unforseen ways:

Like I said, growing up in a regional centre which is focused on industry and particular political ideals, study has sort of reoriented that thinking somewhat and perhaps…you’re kind of set on a path which is predetermined by your familial background, your social networks and generally the town that you associate with as well and to develop your own sense of identity through that pathway of study and, in this case, an undergraduate degree, it really has reoriented that for me…I’ve dramatically changed in both my thinking and my ideal of where we’re going as a country or where we’re going as a society.  Yeah, it’s drastically changed me.

Until the next time